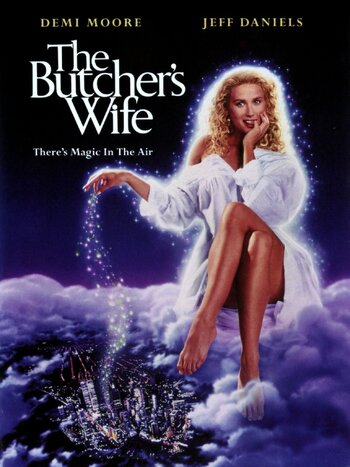 The Butcher's Wife is a 1991 American romantic comedy film directed by Terry Hughes and starring Demi Moore and Jeff Daniels.

Marina (Moore) is a clairvoyant who awaits signs for her true love, and she thinks that she found it when a butcher, Leo Lemke (George Dzundza), arrives at the small town where she lives. They marry and move to the his blue-collar neighborhood in New York City, where her powers tend to influence everyone she meets while working in his butcher shop. She helps others through her advice, but when a charming psychiatrist (Daniels) arrives in her life, she starts to wonder if her abilites work the least effectively on herself, and starts to wonder if he is the true man of her dreams.