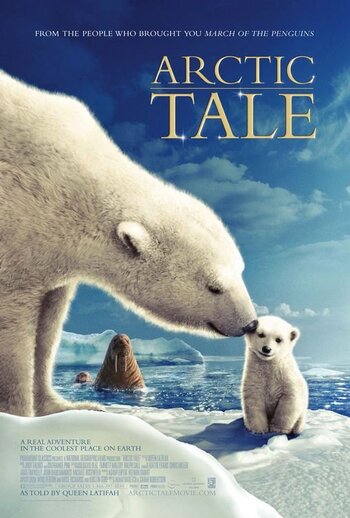 An Arctic Tale is a 2007 documentary that follows a polar bear, Nanu, and a walrus, Seela. It's also known under the name Call of the North.

An Arctic Tale contains examples of: