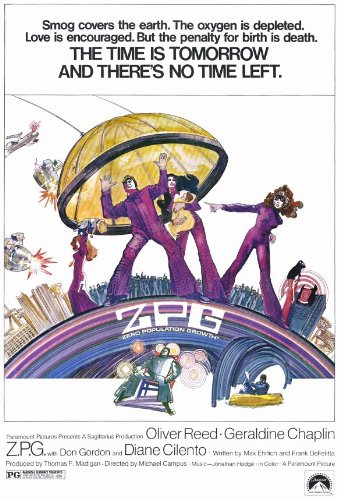 Z.P.G (Zero Population Growth) is a 1972 Danish-American dystopian film starring Oliver Reed and Geraldine Chaplin. As the name suggests, its plot revolves around Population Control, which is announced at the start of the film by the World Federation Council. This version is harsher than most — having children is banned completely for 30 years, and punishable by death. To make up for this, life-like dolls are made to replace them which couples then care for, mimicking the affection, tears, and even illnesses of actual children. The central conflict involves a couple who conceive a child, and the subsequent consequences of this.