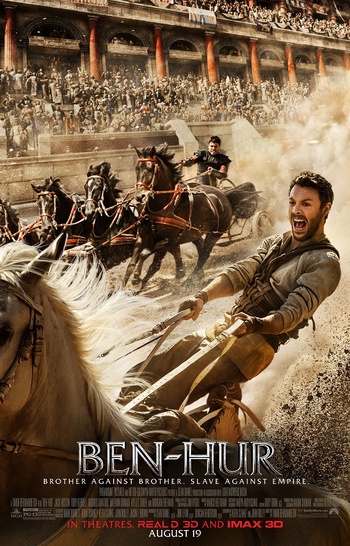 Ben-Hur is a 2016 epic historical drama film directed by Timur Bekmambetov and based on the Lew Wallace novel of the same name.

At the time of the The Roman Empire, Jewish nobleman from Jerusalem Judah Ben-Hur and his adopted Roman brother Messala are best friends despite their different origins. Everything changes when Roman governor Pontius Pilate is attacked by a Jewish faction known as the Zealots. Ben-Hur housed some of them, and despite not being part of the movement, he is arrested and sent to the galleys, with Messala doing nothing to help him out of perceived betrayal. Ben-Hur will then live a journey through hell and back, eventually making his way back to Jerusalem as a chariot racer.