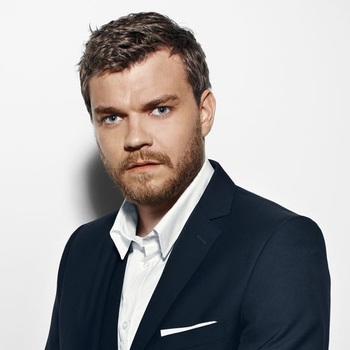 He is best known for his role as spin doctor Kasper Juul in the Danish TV political drama Borgen, and as Euron Greyjoy in the TV series Game of Thrones. He hosted the Eurovision Song Contest in 2014.