Film / Below Her Mouth 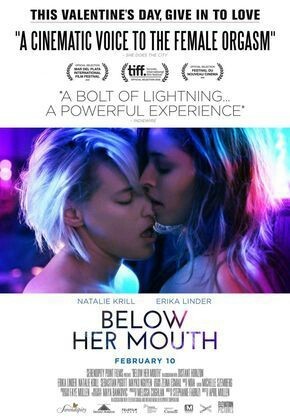 Below Her Mouth is a 2016 Canadian LGBT romantic drama film directed by April Mullen.

The story is set in Toronto, Canada. Dallas (Erika Linder) a lesbian roofer who just broke up with her girlfriend, meets Jasmine (Natalie Krill) a fashion editor engaged to a man. To her surprise, Jasmine responds quickly to Dallas' overtures, and they begin an affair.