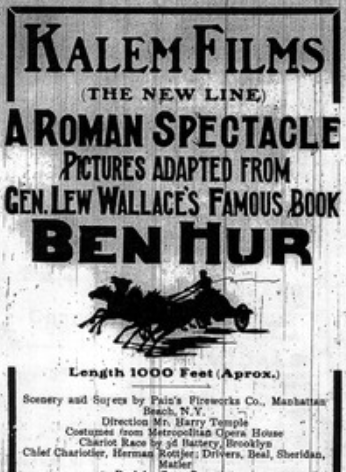 Ben-Hur is a thirteen minutes-long silent film from 1907. It is the first ever screen adaptation of the Lew Wallace novel of the same name and features William S. Hart, who would later become a major star of cowboy movies, as Messala.