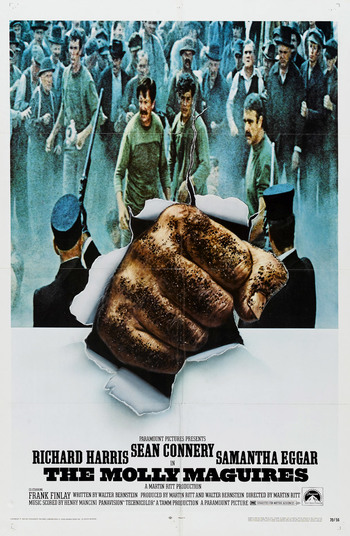 The movie tells the true story of a group of Irish-American coal miners in 19th-century Pennsylvania, led by "Black Jack" Kehoe (Connery), who form a secret society known as the Molly Maguires to fight exploitation by their oppressive employers, often by violent means. A Pinkerton Detective named James McParlan (Harris) infiltrates the group to take them down from the inside. But he finds himself sympathizing more with the Mollies than with the company men who hired him.

The film takes a few small liberties with the plot, sacrificing strict historical accuracy for drama, but the setting is highly realistic and occasionally beautiful. It was a box-office flop, but well worth watching.