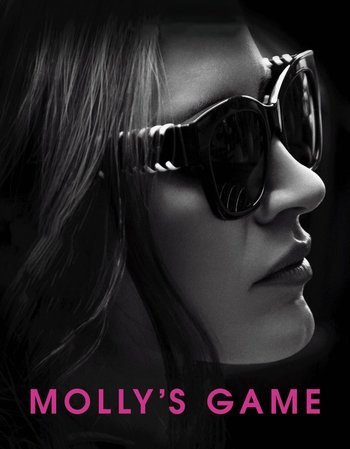 Molly's Game is a 2017 crime drama biopic written and directed by Aaron Sorkin (in his directorial debut), based on the memoir Molly's Game: From Hollywood's Elite to Wall Street's Billionaire Boys Club, My High-Stakes Adventure in the World of Underground Poker by Molly Bloom.

It tells the true story of Molly Bloom (Jessica Chastain), an ambitious woman whose life takes an unexpected turn after an injury forces her to retire from Olympic-level skiing — namely, organizing high-stakes poker games for the famous and wealthy.

Starting out modestly enough, the endeavor quickly grows in notoriety within the gambling community, ultimately leaving the game — and Molly herself — at risk. When she's arrested by the FBI for possible collusion with the Russian mob, Molly seeks the legal counsel of Charlie Jaffey (Idris Elba) to get her out of trouble — before it's too late.