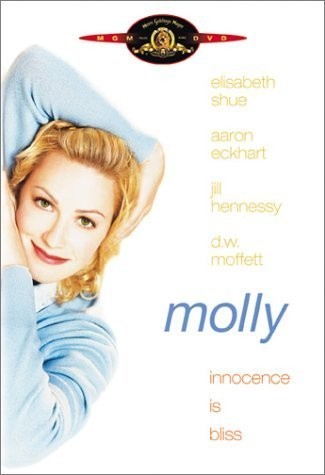 Molly is a 1999 dramedy film written by Dick Christie and directed by John Duigan.
Advertisement:

Buck McKay (Aaron Eckhart) is an ad executive who suddenly finds himself the caretaker of his autistic and intellectually impaired sister, Molly (Elisabeth Shue), after her institution shuts down due to lack of funding. Molly greatly disrupts Buck's life, and when her neurologist, Dr. Susan Brookes (Jill Hennessy), tells him of an experimental surgery that involves implanting genetically modified cells in her brain, he decides to sign her up. Molly makes dramatic gains in intelligence and social skills, enjoying social events such as a baseball game and even pursuing a romance with her friend Sam (Thomas Jane). But it turns out the surgery wasn't as successful as they thought...