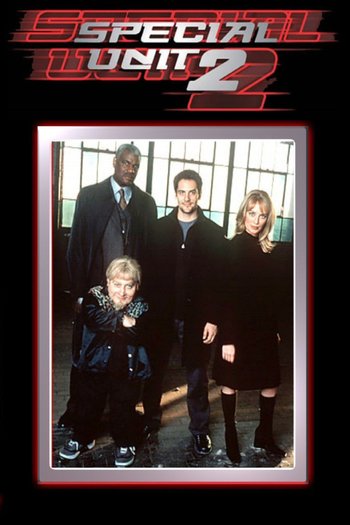 Special Unit 2 was a television series that aired on UPN and followed Nick O'Malley (Michael Landes) and Kate Benson (Alexondra Lee), two Chicago detectives who work for the titular agency, which is charged with dealing with supernatural monsters called "Links."
Advertisement:

It lasted only 2 seasons (strictly speaking, two half-seasons) running from April 2001 to February 2002 for a total of 19 episodes.