Series / Some of My Best Friends 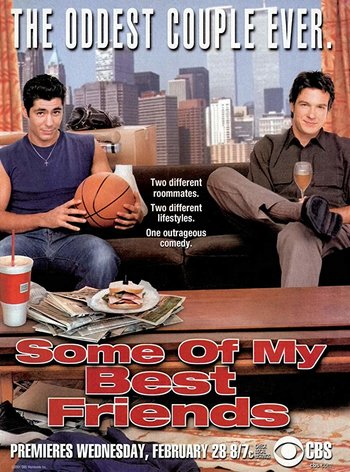 American Roommate Com Short Runner that ran for half a season on CBS in the spring of 2001.

Freddie (Danny Nucci) is an aspiring actor who is trying to live on his own away from his traditional Italian parents. Warren (Jason Bateman) is a gay guy who has just gotten dumped by his live-in roommate. The two become roommates and deal with the shenanigans of living together.