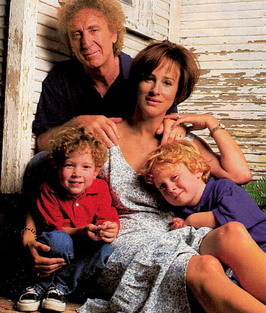 The cast of the show
Advertisement:

Something Wilder is an American family sitcom on NBC. The show stars Gene Wilder as Gene Bergman (a father) and his wife, Annie Bergman (a mother, played by Hillary Bailey Smith) And the twin kids are Sam and Gabe (Carl Michael Lindner and Ian Bottiglieri).

Produced by Warner Bros. Television, it lasted only one season, from October 1994 to on June 1995.

Something Wilder provides examples of: