Film / A Breath of Scandal 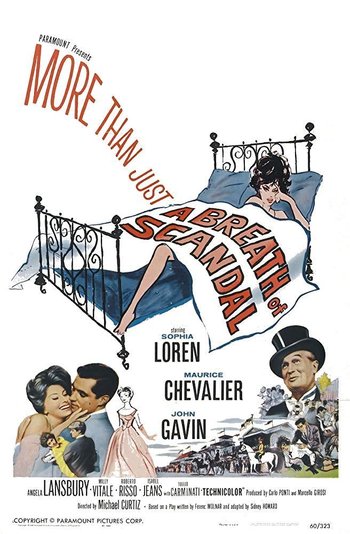 A Breath of Scandal is a 1960 film. It was directed by Michael Curtiz and stars Sophia Loren, Maurice Chevalier, John Gavin and Angela Lansbury.

An Austrian princess (Loren) falls in love with a Pittsburgh mining engineer (Gavin), which drives her away from the Prince of Prussia, whom her father (Chevalier) favors.