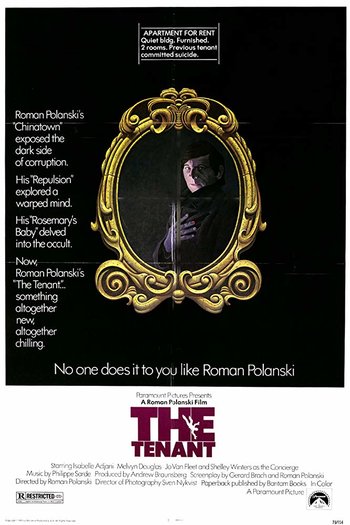 "How could he escape from his nightmares?"
— Tagline
Advertisement:

Trelkovsky (Polanski) has just moved into a Paris apartment, where the previous tenant committed suicide by leaping to her death. Now, he's starting to think his new neighbors are trying to push him to the same act. As for the audience... well, we don't know what to think.

Shot in France, this is the third film of Polanski's so-called "Apartment Trilogy", following Repulsion and Rosemary's Baby. It is also the last film he made prior to his arrest and conviction for statutory rape, and his subsequent flight from justice (and from the United States), a year later.