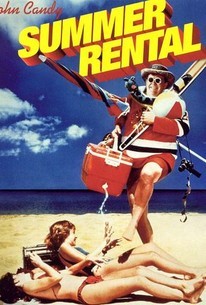 Summer Rental is a 1985 comedy film, directed by Carl Reiner and starring John Candy as an overworked air-traffic controller named Jack Chester who takes his family on a summer vacation from the Atlanta area to fictitious Citrus Cove, Florida, during which they are constantly beset by a never-ending barrage of problems.