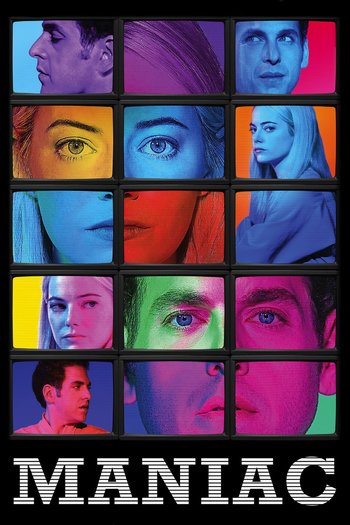 Maniac is a 2018 Netflix original series created by Patrick Somerville and directed by Cary Fukunaga, based on the Norwegian series of the same name.

Annie Landsberg (Emma Stone) and Owen Milgrim (Jonah Hill) are the subjects of a shady pharmaceutical trial. She struggles with relationships —namely with her mother and sister— while he's the scion of a wealthy New York family who may or may not be schizophrenic.

Brought together by Dr. James K. Mantleray (Justin Theroux), who claims his experimental medical procedure can cure every sort of mental disorder, it soon becomes clear that they may be in over their heads. Sally Field also stars.