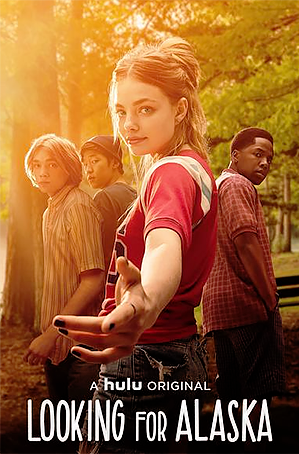 Looking for Alaska (2019) is an American teen drama television miniseries created by Josh Schwartz, based on the 2005 novel of the same name by John Green. The series premiered on Hulu on October 18, 2019, starring an Ensemble Cast that features Charlie Plummer, Kristine Froseth (of Sierra Burgess is a Loser and The Society fame), Denny Love, Jay Lee, and Ron Cephas Jones.

The story follows Miles “Pudge” Halter (Plummer), a boy enamored with famous last words. Driven by a desire to understand what poet Francois Rabelais meant in referring to a “Great Perhaps” right before his death, he enrolls in Culver Creek Boarding School, his father’s alma mater. His new friends — Chip “the Colonel” Martin (Love), Alaska Young (Froseth), and Takumi Hikohito (Lee) — rapidly introduce him to the excitement and companionship he craves. Their problems, however, soon rise to the surface.

After a film adaptation was repeatedly delayed for over a decade from reasons including executive disinterest and tension between Green and the studio, Hulu finalized a deal with Schwartz and Savage and instead ordered an eight-episode limited series adaptation of the novel.