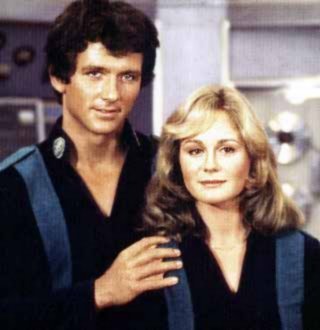 Man from Atlantis is an underwater-themed series that ran from 1977 to 1978 and was preceded by a pilot movie and three television films.

Patrick Duffy starred as an amnesiac "water-breathing man" with webbed hands and feet who is discovered unconscious on a beach. Dr. Elizabeth Merrill, a scientist, restores him to health by placing him underwater, names him Mark Harris, and takes him under her wing. Mark is found to have extraordinary swimming ability, great speed and strength, highly-developed senses including the ability to see in very low light, and a need to return to water every few hours. These abilities and Mark's resistance to water pressure at great depths lead to a covert assignment for the U.S. Navy, after which Mark chooses to join Elizabeth at the Foundation for Oceanic Research, an organization which conducts secret government missions in addition to science. The Foundation has a very nice submarine, known as the Cetacean.

Mark often has to deal with the latest scheme of Mr. Schubert, a wealthy, power-hungry, larger-than-life villain. Schubert is often played with a comic tone, especially in episodes including Brent, Schubert's goofy right-hand man. Another source of trouble is charming con man Jake Muldoon, but Muldoon always ends up helping Mark to save the day.