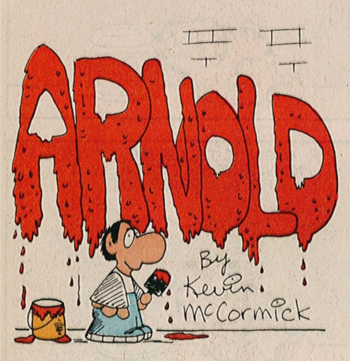 Sunday title panel
Arnold was a rather unusual newspaper comic strip created by Kevin McCormick and published from 1982 to 1988. The titular character was a little boy who often says deranged things, much to the annoyance of his only friend, Tommy. Rounding out the cast was Mr. Lester, Arnold and Tommy's teacher.
Advertisement:

You can read the strip here