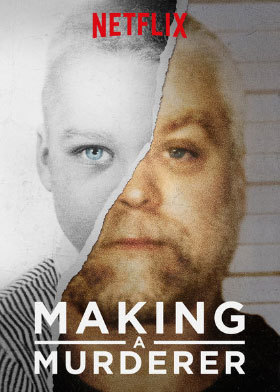 "I still believe in the fundamental fairness of the courts if you give them the evidence. No one's done that yet."
— Kathleen Zellner
Advertisement:

Making a Murderer is an American True Crime documentary television series written and directed by Laura Ricciardi and Moira Demos.

It is the story of Steven Avery, a man from Manitowoc County, Wisconsin, who served 18 years in prison for the wrongful conviction of sexual assault and attempted murder. He was again charged in 2005 and convicted in 2007 for the murder of Teresa Halbach. The connected story is that of Brendan Dassey, accused and convicted as an accessory in the murder.