Film / One Night in Lisbon 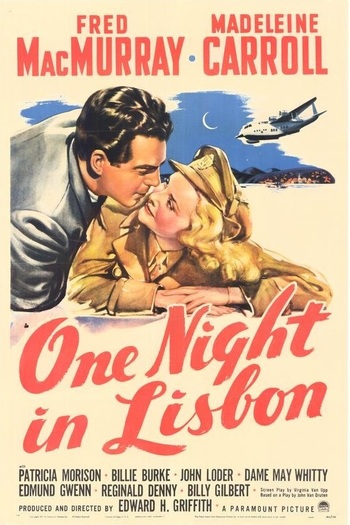 One Night in Lisbon is a 1941 American film directed by Edward H. Griffith and starring Fred MacMurray and Madeleine Carroll, with John Loder and Edmund Gwenn in supporting roles. It is about a Texas pilot, Dwight Houston (MacMurray), who courts a British aristocrat, Leonora Perrycoate (Carroll), amid bombing in London and Nazi spies in Portugal.