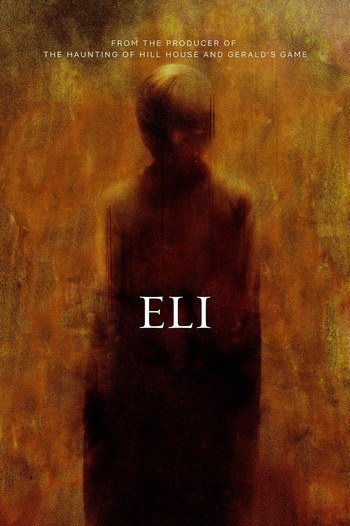 Eli is a 2019 horror film, directed by Ciaran Foy. It premiered on Netflix on October 18, 2019.
Advertisement:

The film is about an 11-year old boy named Eli (Charlie Shotwell), who suffers from a crippling, debilitating autoimmune disorder that has required him to live in seclusion for most of his life. His parents tell him that they have found an autoimmune specialist, Dr. Isabella Horn (Lili Taylor), who has a perfect track record for curing other children with his condition. The family drives out to an isolated medical facility run by Dr. Horn, but as things progress, Eli becomes convinced something is not right. The treatment seems to be making him sicker, and he's convinced that the place is haunted. He becomes suspicious that his own parents are lying to him, and must unravel the truth with the help of his only friend, an enigmatic girl named Haley (Sadie Sink) who lives nearby.