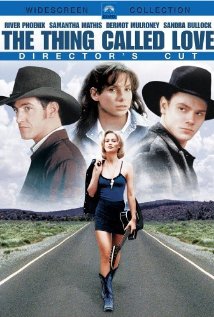 "Look out, Music City, 'cause here I am and I ain't never leavin'!"
— Miranda Presley

A 1993 dramedy film directed by Peter Bogdanovich, featuring plenty of Country Music and a cast of actors at the beginning or end of their career. There's a well-made DVD out there that has an audio commentary and several nice extras including a particularly tear-jerking one called "Our Friend River".