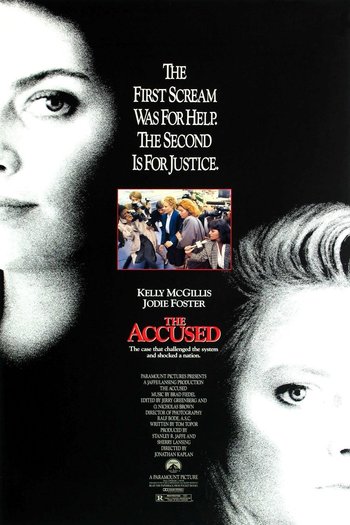 A 1988 drama film written by Tom Topor and directed by Jonathan Kaplan, starring Jodie Foster and Kelly McGillis, and based on the real-life gang rape of Cheryl Araujo that occurred at Big Dan's Bar in New Bedford, Massachusetts, on March 6, 1983, The Accused was one of the first Hollywood films to deal with rape in a direct manner.

Foster won the Best Actress Academy Award for her role.