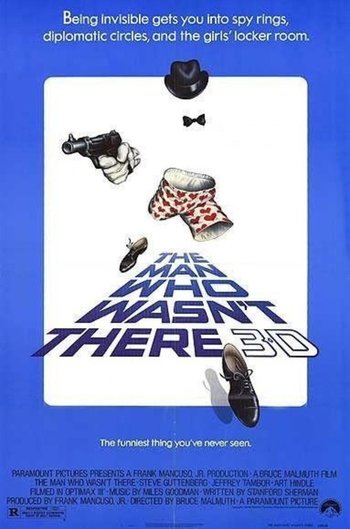 The Man Who Wasn't There is a 1983 American 3-D comedy film directed by Bruce Malmuth, and starring Steve Guttenberg.

Sam Cooper (Guttenberg) is a government employee who, while en route to his wedding, accidentally takes possession of a top-secret invisibility potion, and finds himself engulfed in a mad chase as Russians and other bad guys try to get the substance.

Not to be confused with The Coen Brothers' 2001 film of the same name.