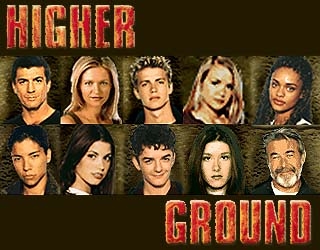 Airing in 2000 on what was then Fox Family, Higher Ground broke the conventions of a high school drama focusing on just the most troubled kids by giving them their own school. Mount Horizon is a rehabilitation school in the Pacific Northwest where troubled teens who have been abused, involved in drugs, prostitution, or gangs learn to grow in a safe environment. The series focuses on a group of students called the Cliffhangers, each with their own story and troubles.

No relation to the song with the same name by Red Hot Chili Peppers Stevie Wonder, or the 2011 film.

The show provides examples of