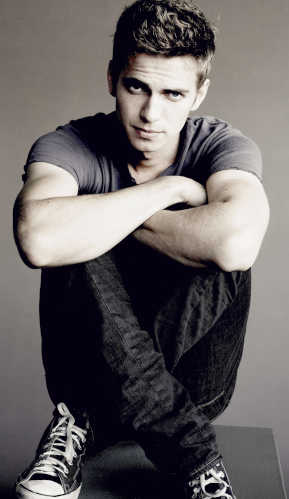 Will you all stop asking me how I feel about sand?
I love acting because it's a bit of an escape. It gives you the ability to reinvent yourself. They say that acting is the shy man's revenge.
Advertisement:

This is where the description begins!

He began his career on Canadian television at the age of 13, then went into US television in the late 1990s. The role that made his fame is undeniably Anakin Skywalker, the troubled young Jedi prodigy who would fall to The Dark Side and become Darth Vader, in the Star Wars prequel trilogy.

He would eventually grow dissatisfied with the Hollywood lifestyle and purchase a farm in Ontario, which he spends his time tending to. He still takes roles here and there, but his A-List days seemed to be well behind him...until 2021, when it was revealed that he would be returning to the Star Wars franchise, once again wearing the black armor and cape of the franchise's marquee villain, Darth Vader, in the interquel series Obi-Wan Kenobi. The favorable reaction this garnered from the fanbase has also led to Christensen saying he'd be open to a series focusing on Vader himself.

He was involved with actress Rachel Bilson from 2007 to 2017, and they have a daughter together. They first met while filming Jumper.

Troper. You're shorter than I expected: