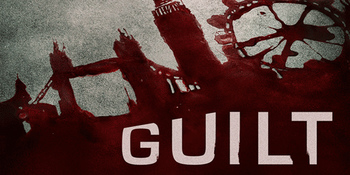 A 2016 British/American mystery drama television series, starring Daisy Head, Emily Tremaine, Billy Zane and Christian Solimeno. It centers on an American student in London, Grace Atwood (Head), who is accused of murdering her roommate, Molly Ryan. Her sister Natalie, an Assistant District Attorney in Boston, flies over to assist her, securing the representation of a skillful defense attorney, American expatriate Stan Guttrie (Zane). Detective Sergeant Alex Bruno, meanwhile, is leading the murder investigation. It quickly grows clear the case is far from simple-it even involves a member of the royal family, Prince Theo. The drama is apparently loosely inspired from the Meredith Kirchner murder case in Italy. It was canceled after one season by Freeform.