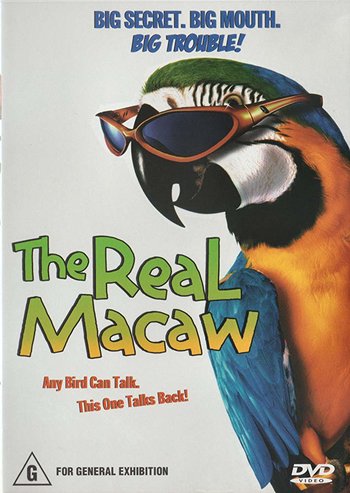 by John Goodman for the North American release) becomes the saving grace for an elderly man (Jason Robards) threatened with a nursing home, when it is discovered that the talking bird knows the whereabouts of a buried treasure from its day with a pirate. His grandson Sam (Jamie Croft) decides to go off on the hunt, only to discover that a resort now exists where the treasure is buried. He is pursued by both his family (Deborra-Lee Furness and Joe Petruzzi) and by a greedy museum curator (John Waters (1948)). Hilarity Ensues, though the movie does have some very emotional moments.

The movie has the following tropes.