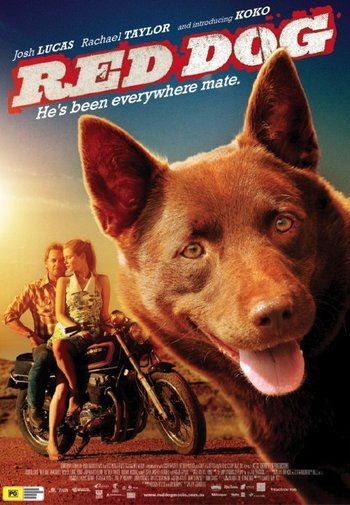 That's the dog on the right.
"All the sad faces in the world ain't gonna work, so you can just stop."
— John Grant
Advertisement:

Red Dog is a 2011 Australian film directed by Kriv Stenders, starring Josh Lucas and Rachael Taylor and introducing Koko as the title character. The film tells the story of a dog in a Western Australian mining town and how he affects its inhabitants, including an American drifter, a secretary, an Italian immigrant and a quiet man with a tragic past.