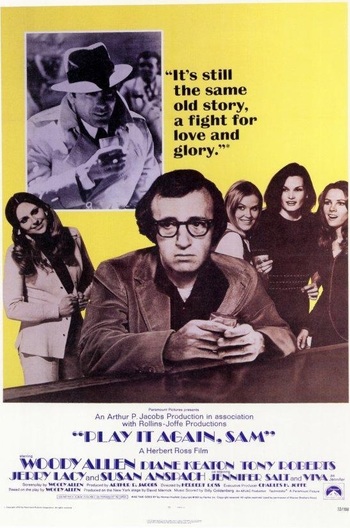 Play It Again, Sam is a 1972 comedy movie directed by Herbert Ross and adapted from the Broadway play by Woody Allen, who also stars in it.

It follows the romantic trials and life of San Francisco movie buff and film critic Allan Felix, who is neurotic, shy, fanatical about films, and obsessed with the film Casablanca. Allan tries to model his behavior after the personality of its tough-guy actor Humphrey Bogart.