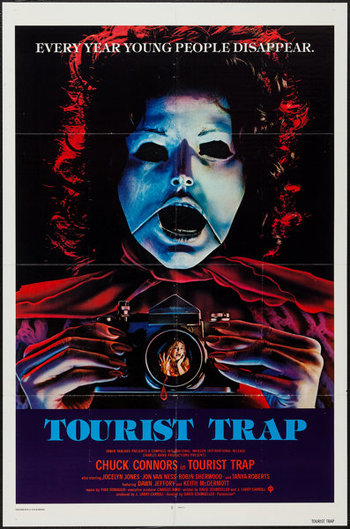 Tourist Trap is a 1979 American Slasher Movie starring Chuck Connors and Tanya Roberts. It concerns a group of young adults who are stalked and killed by a mannequin-controlling telekinetic.

It was distributed on VHS by Paramount. In 2012, it was given the RiffTrax treatment.

Not to be confused with the Original Character Tournament.