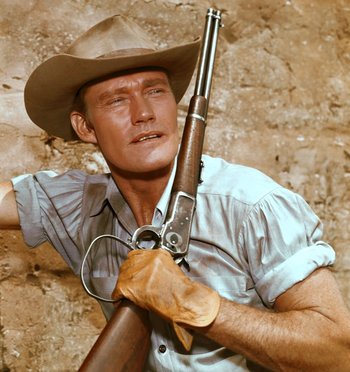 Kevin Joseph Aloysius "Chuck" Connors (April 10, 1921 – November 10, 1992) was an American actor, writer and professional basketball and baseball player. He is one of only 12 athletes in the history of American professional sports to have played in both Major League Baseball and the National Basketball Association. With a 40-year film and television career, he is best known for his five-year role as Lucas McCain in the highly-rated ABC series The Rifleman (1958–63).