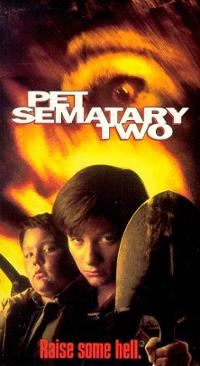 "Back by popular demand."
— Tagline
Advertisement:

Not knowing that sometimes dead is better, two boys bury the other's pet dog in the eponymous resurrective cemetery. The pup comes back wrong, and so do the people who inevitably end up buried there as well.