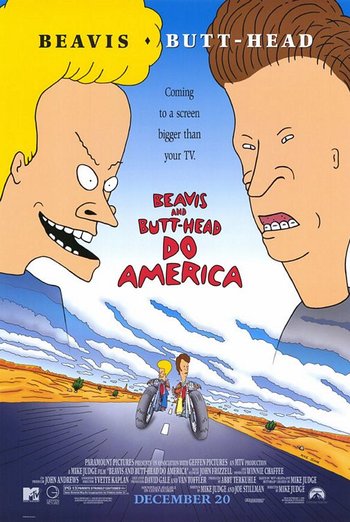 The Movie of Beavis and Butt-Head, co-written and directed by series creator Mike Judge. Yvette Kaplan served as animation director.

After the duo wake up and find their TV stolen, they scour Highland in search of a replacement. Their quest results in the pair stumbling onto a murder-for-hire plot, a cross-country trip to Washington, D.C., and the federal government's most wanted list. You know, the usual.

The film was theatrically released on December 20, 1996 to critical and commercial success, grossing $63 million at the United States box office. It held the largest December opening weekend until a year later with Scream 2.