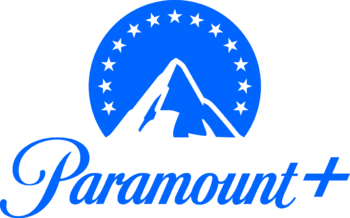 Paramount+, formerly CBS All Access, is the main streaming service of Paramount Global.

It was launched in 2014 as the first over-the-top (OTT) offering by an American broadcast television network, initially offering on-demand episodes of CBS programming and live-streaming of local affiliates. In 2016, the service expanded to sporting events, as an agreement with the NFL now allowed the viewing of regional NFL games from Week 13 of the 2016 NFL season on, though previous agreements with Verizon meant that this couldn't be done on mobile devices until 2018. CBS All Access started offering original series beginning in 2017, with Star Trek: Discovery intended to be the premiere flagship series on the service, however, production delays resulted in The Good Fight being the first original series to debut. In December 2019, following the re-merger between CBS and Viacom, children's programming from Nickelodeon joined the service.

Many months later, the announcement was made that CBS All Access would be relaunched as Paramount+, a more all-encompassing streaming platform similar to Disney+, HBO Max, and Peacock.note It should be noted the Paramount+ name had been in use prior to this as a streaming service in Latin America and the Nordics offering films from Paramount & other companies and select content from Viacom brands; these services will be offering the content of the new service as well. The relaunch was set for March 4th 2021, and was teased with a humorous ad campaign

, featuring various personalities and characters from ViacomCBS IP embarking on an expedition up the "Paramount Mountain" itself (and the various weird juxtapositions that arise).

Like CBS All Access, Paramount+ is also available to buy within streaming hubs (such as Prime Video Channels, Apple TV Channels and The Roku Channel); this meant the service avoided the fights with smart-TV providers that caused prolonged carriage disruptions for HBO Max and Peacock at launch. Paramount+ features select content from Nickelodeon (which continues to operate the preschool-targeting Noggin), BET (which also has their own standalone service in BET+), and other sibling networks, while offering a wide-library of CBS' in-house television library and current-run shows from CBS.

In February 2021, it was announced that some upcoming Paramount films, including A Quiet Place Part II, Scream, Jackass Forever and Mission: Impossible 7, will be released on Paramount+ as early as 45 days after their theatrical releases thanks to a new deal with ePix. Paramount+ later announced it would release a new movie every week of summer 2021; however, only two of the features, Infinite and PAW Patrol: The Movie (the latter released simultaneously in cinemas), were actually new rather than simply "new to Paramount+".

In 2022, it was announced that Paramount+ would be expanded to include all of Showtime midway through the year, though Showtime will continue to be available as a separate service.

Paramount+ is currently available only in select markets worldwide. Outside the Americas, it is available in the Nordics, parts of Eastern Europe, Australia (where it was called 10 All Access; it was rebranded to Paramount+ later), and the Middle East. The international versions focus more on the Viacom content rather than the CBS content in the US and Canada. In 2021, Paramount+ will expand into European countries; furthermore, a joint venture between ViacomCBS and Comcast NBCUniversal will be launched, featuring content from both companies (including programming made for both P+ and NBCU's Peacock), known as Sky Showtime. Sky Showtime will launch in select European countries such as Spain, Andorra, Central Europe, the Nordics, and the Balkans.

While the service doesn't stream Comedy Central's South Park, due to Viacom selling the U.S. streaming rights to HBO Max, the international versions of Paramount+ may have it, and the service will distribute a whopping 14 original South Park films between 2021 and 2027. Starting in 2024, the service will become the exclusive home for all South Park content internationally. As for the United States rights, they will move over from HBO Max in 2025 as the previous licensing contract expires.

Paramount+ original programs/sports rights (under CBS Sports in the US and 10 Sport in Australia):