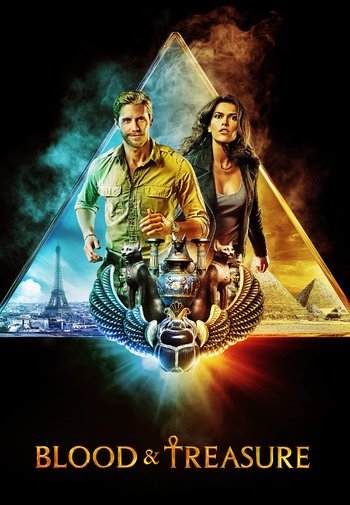 Blood & Treasure is a 2019 Action-Adventure drama series, which is basically a combination of James Bond and Indiana Jones-type adventure.

The series follows Danny McNamara (Matt Barr), a former FBI agent turned antiquities expert, and Lexi Vaziri (Sofia Pernas), a professional thief and con-woman as they circle across the globe, securing ancient treasure before Karim Farouk (Oded Fehr), a seemingly-deceased terrorist use it to create a weapon of mass-destruction. It aired on May 21, 2019 with a 2-hour series premiere on CBS.

The series has been renewed for the second season, and premiered on Paramount+ on July 17.