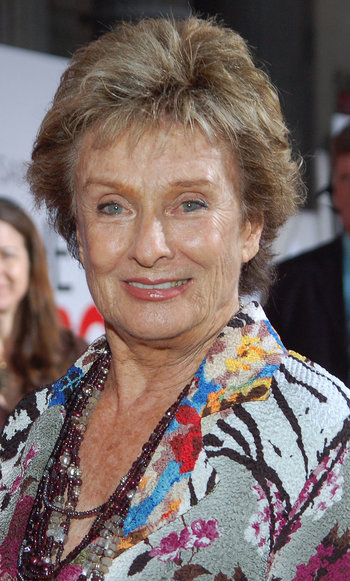 Leachman won the Academy Award for Best Supporting Actress for her performance in The Last Picture Show. Other notable film roles include Frau Blücher (*WHINNY*) in Young Frankenstein, Mrs. Tensedge in The Iron Giant, and Evelyn Wright in Spanglish. On television, she was a regular on The Mary Tyler Moore Show and her character was spun-off into her own show Phyllis.

Before getting into show business she was a beauty pageant winner, winning "Miss Chicago" in 1946 and competing in the Miss America pageant, where she was eliminated in the round of 16. After graduating from Northwestern University, she moved to New York and studied at the Actors Studio under Elia Kazan.

She holds the record for the most acting Emmy Awards with eight, which has since been matched by Julia Louis-Dreyfus.

Leachman was married to director George Englund from 1953 to 1979, and they had five children together. She passed away at the age of 94 from a combination of a stroke and COVID-19.