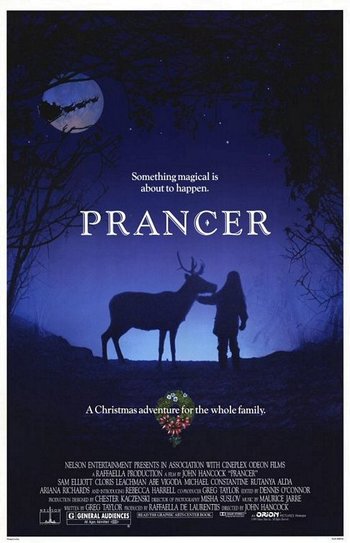 Eight-year-old Jessica Riggs (Rebecca Harrell) believes in Santa Claus and flying reindeer even though her father John (Sam Elliott) and older brother Steve (John Duda) seem to believe she's too old to do so, and even her best friend Carol (Ariana Richards) has long since given up believing. When Jessica discovers a wounded reindeer in the woods near her home of Three Oaks, Michigan, she's convinced it's Prancer, Santa's missing reindeer. She becomes determined to take Prancer to a local ridge so Santa can come and retrieve him, but faces many obstacles in the process.

A Direct to Video sequel, called Prancer Returns and featuring a completely different cast, was released in 2001.