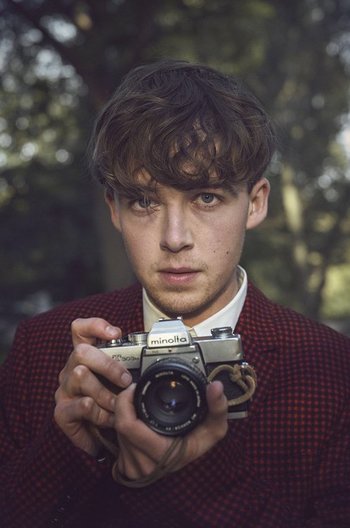 Alex Lawther (born May 4, 1995 in Winchester, England) is a young English actor, who seems to be doing well in his career projections of "awkward and disturbed teenage boy of dubious immorality on homicide who has terrible Oedipal issues and hates phones and people in an insightful and humorous but dark show created by Channel 4 and made a global hit on Netflix". He might even be the best at it. He's also the de facto performer of John Blakemore in the play South Downs, which he's performed touring, on the West End, and on radio.

He grew up in Hampshire and was involved in Britain's prestigious National Youth Theatre, but didn't study drama in an educational setting and was planning on reading History at King's College. Then he just sort of ended up in an Oscar-winning film and went from there.

For this role, he won the London Film Critics' Circle award. He has also been praised by Maggie Smith as achieving at 20 what most actors wish to enjoy in their lifetime, which is possibly one of the most amazing things to have said to you. His older brother Cameron is a film producer and they have worked together before.