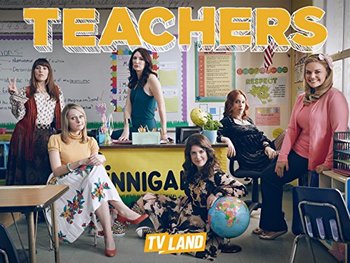 Nothing to do with the early 2000s British comedy-drama of the same name.

Teachers has examples of the following tropes: