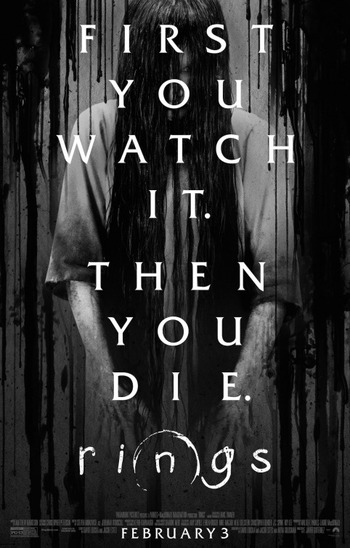 Rings is a 2017 horror film directed by F. Javier Gutiérrez, and is the second sequel to The Ring, occurring 13 years after that film.

A young woman named Julia (Matilda Lutz) becomes worried about her boyfriend Holt (Alex Roe) when he explores a subculture surrounding a mysterious videotape that is said to kill the watcher 7 days after he/she has seen it. She sacrifices herself in order to save him, and in doing so she makes a horrifying discovery: there is a "movie within the movie" that no one has ever seen before…

The film was released on February 3, 2017 in the United States.