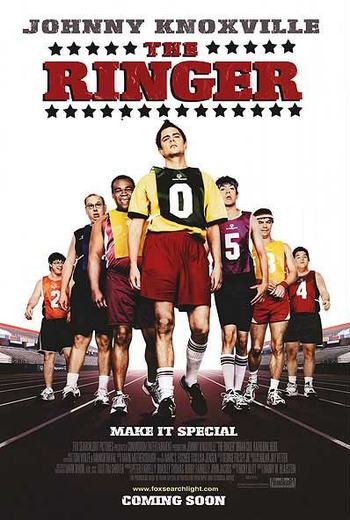 Steve Baker hates his job. After two years of being stuck in a menial position, he finally works up the nerve to ask his boss for a promotion. To his surprise, he gets it, but there's a hitch: His first assignment is to fire the janitor, his friend Stavi. He does, but decides to cut him a break, and hire him to mow the lawn at his apartment...

where Stavi gets his fingers cut off trying to get the mower working. With no insurance, and not enough money to afford the operation, all seems hopeless. Enter Steve's Uncle Gary, a dirtbag deep in money to some bad people. After seeing a spot on superstar Special Olympics athlete Jimmy Washington, he hatches a plan to save his own skin, and Stavi's fingers: Have Steve pretend to be mentally challenged and enter him in the Special Olympics.