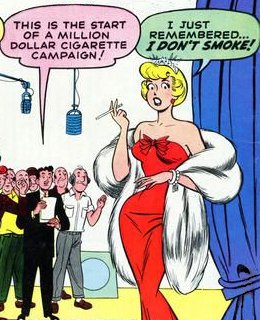 Characters often recall things when it would be just too late to actually use that information.

And those things can all be either Played for Laughs or Played for Drama. Also, the audience might be let in on this bit of information, or we might not. The former helps create suspense, while the latter comes as a form of The Reveal.

Heck, even a Crazy-Prepared person or The Chessmaster isn't immune to this. A Cloud Cuckoolander is very prone to this.

This can overlap with Now You Tell Me if someone forgot information they need to tell someone else. Can also overlap with Explain, Explain... Oh, Crap! if one remembers the implications while talking.

This kind of thing isn't that implausible in Real Life, as anyone who tried to recall memories or information, and couldn't remember it until minutes or hours later, can attest.

A Sub-Trope of Irony. A Super-Trope to Forgot I Couldn't Swim. Compare Spanner in the Works, Something We Forgot, You Are Too Late, Repressed Memories, and Remembered I Could Fly. Contrast Just in Time and Photographic Memory. Compare Late to the Realization.

This trope is about forgetting something, not being given information one didn't know before.