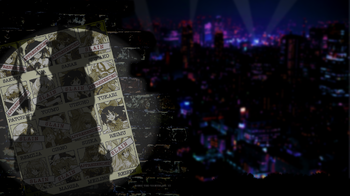 by Rhodie the Nightblade. Used with permission
Advertisement:

Gensokyo 20XX is a fanfiction by Amoridere (who is known for writing Goodbye Chen) and it chronicles the life of Reimu, Ran, Chen, Yukari, and Flandre that escaped from the now destroyed Gensokyo. The first part has been completed and has different narrations besides Reimu. The sequel includes different narrations through different chapters and various haiku. Also, the series includes small side stories. Three more stories were later added to the main storyline.

The author also author posted a new series called The Gensokyo Diaries as a tie-in.

The series in General:

Tropes Specifically for Chapters 62 and 75

The Unsaid Rivalry of the Youkai and the Shrine Maiden

The Unsaid Rivalry of the Youkai and the Shrine Maiden

Tropes for ''A Defiant Child and an Infantile Lazy Bum