Literature / Under the Dome 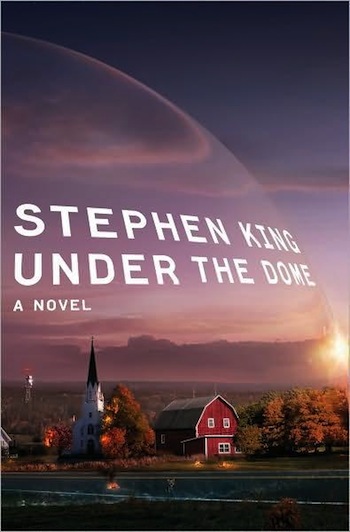 Under the Dome is a 2009 novel written by Stephen King.
Advertisement:

After a rural Maine town finds itself suddenly enclosed inside a mysterious and almost impenetrable barrier, a power-hungry selectman launches plans to take over the town while others try to avoid his wrath and find out what created the barrier.

The book got adapted into a TV series for CBS by King and Brian K. Vaughan.

Under the Dome contains examples of: