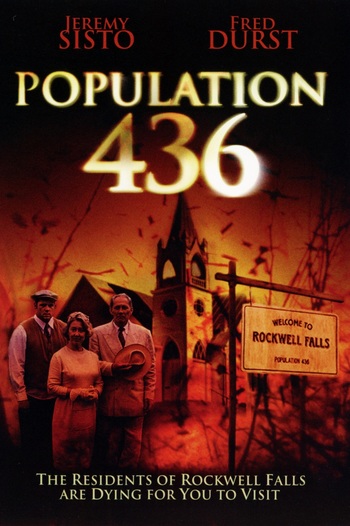 Population 436 is a 2006 direct to video thriller film. Steve Kandy (Jeremy Sisto) is a census taker who is sent to a small town called Rockwell Falls. This town seems like the best place on Earth but for some reason the town's population has always stayed at 436.