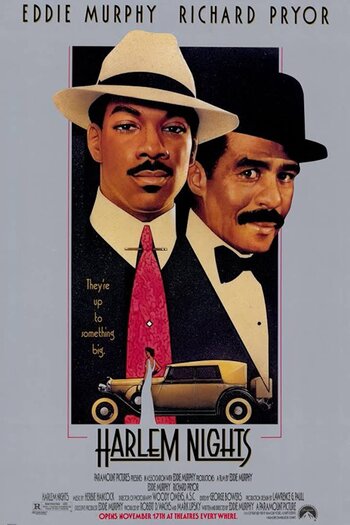 Harlem Nights is a 1989 American crime dramedy film written and directed by Eddie Murphy, who also stars along with Richard Pryor, Redd Foxx, Arsenio Hall, and Jasmine Guy. Set in Harlem, New York in 1938, it's about a father-son duo running an illicit after-hours nightclub/casino disguised as a candy store while contending with gangsters and corrupt police officials.

Murphy's first (and only) feature directorial effort, the film was a critical and box-office disappointment,note not exactly a flop—it grossed over $16 million in its opening weekend—but not nearly as successful as Murphy's prior starring vehicles and earned a Golden Raspberry Award for Worst Screenplay.