Film / Up in Smoke 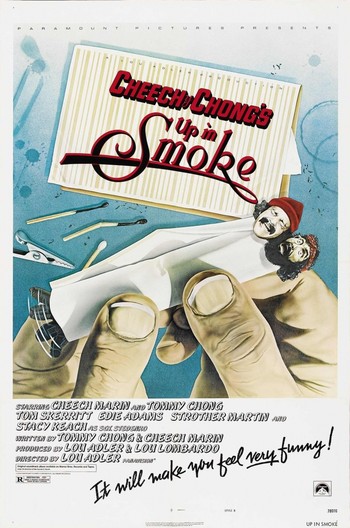 Up in Smoke is a 1978 Stoner Flick written by and starring Cheech and Chong; Lou Adler is credited as director, but Tommy Chong directed significant parts of it without credit.

The plot meanders quite a bit as it follows the two as they search for ways to score marijuana. Along the way, they are pursued by a set of highly incompetent drug agents who are trying to intercept a van made of pure "plasticized" marijuana that the duo are driving unawares.

The film is notable for being the first feature film starring Cheech and Chong and was a financial success with much of its revenue, perhaps surprisingly, coming from Texas and Canada.